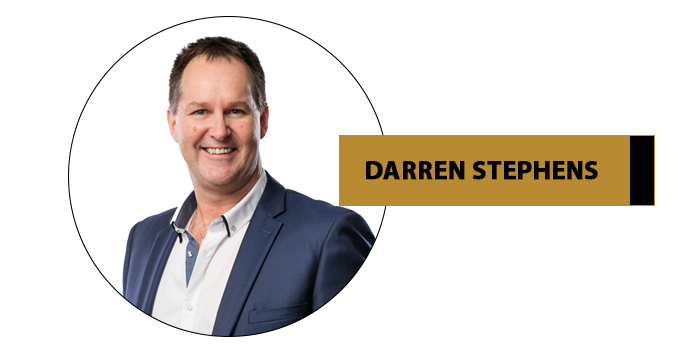 Darren was the founder and International chairman of Mars Venus Coaching and Global Publishing Group two of the world’s most respected & leading brands, and is now the Director of global businesses such as Successful Growth Strategies and The Entrepreneurs Inner Circle.

He is also a board member of The International Institute of Hypnosis. Through his various enterprises he has had offices & outlets in over 11 countries including Australia, Rome, Paris, Singapore, Hong Kong, UK, Thailand and North America.

He is the author of many bestselling books such as “Millionaires & Billionaires Secrets Revealed,” “Top Franchise CEOs Secrets Revealed”, “The 10 Day Turnaround,” “The Success Principles” and “The World’s Leading Internet Marketers Secrets Revealed” just to name a few and he was the marketing genius behind developing the expansion of the Mars Venus Brand, now in 150 countries, with the books having been translated into 54 languages and generating over a billion dollars in sales.

For more than 25 years, Darren has taught internationally, speaking to and motivating thousands of people in over 27 countries on how to create business, personal and financial success.

Darren’s appearances on many television programs plus articles published in newspapers and magazines nationally and internationally, have made him a sought after speaker & consultant on the international stage.

Darren has also lectured at University on business management and marketing. He is a master of psychological transformation. He is a board certified Hypnotist, Neuro Linguistic Programming ( NLP ) trainer and is qualified in Design Human Engineering & Time Line Therapy. He’s also been recognised as one of the World’s Fastest Hypnotists.

Darren has been acknowledged for his humanitarian philanthropic endeavors helping children and families in need.

He is also a fellow diplomat of the American Board of Hypnotherapy and the National Guild of Hypnotists, former member of the Franchise Council of Australia, National Speakers Association and is the founder of the prestigious Entrepreneurs Business School.

He lives in Melbourne, Australia with his wife, Jackie and their 7 children.

We use cookies on our website to give you the most relevant experience by remembering your preferences and repeat visits. By clicking “Accept All”, you consent to the use of ALL the cookies. However, you may visit "Cookie Settings" to provide a controlled consent.
Cookie SettingsAccept All
Manage consent

This website uses cookies to improve your experience while you navigate through the website. Out of these, the cookies that are categorized as necessary are stored on your browser as they are essential for the working of basic functionalities of the website. We also use third-party cookies that help us analyze and understand how you use this website. These cookies will be stored in your browser only with your consent. You also have the option to opt-out of these cookies. But opting out of some of these cookies may affect your browsing experience.
Necessary Always Enabled
Necessary cookies are absolutely essential for the website to function properly. These cookies ensure basic functionalities and security features of the website, anonymously.
Functional
Functional cookies help to perform certain functionalities like sharing the content of the website on social media platforms, collect feedbacks, and other third-party features.
Performance
Performance cookies are used to understand and analyze the key performance indexes of the website which helps in delivering a better user experience for the visitors.
Analytics
Analytical cookies are used to understand how visitors interact with the website. These cookies help provide information on metrics the number of visitors, bounce rate, traffic source, etc.
Advertisement
Advertisement cookies are used to provide visitors with relevant ads and marketing campaigns. These cookies track visitors across websites and collect information to provide customized ads.
Others
Other uncategorized cookies are those that are being analyzed and have not been classified into a category as yet.
SAVE & ACCEPT